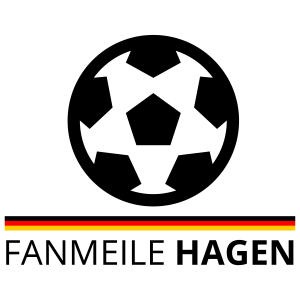 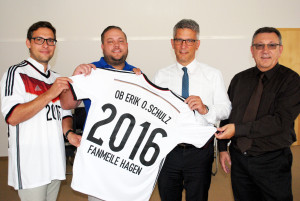 From 10th June until 10th July 2016, whole Europe will turn their attention to a top-class sports event: The FIFA European Championships 2016. Spirits are high and euphoria knows no bounds since Germany won its fourth star during the last FIFA World Cup in Brazil and is thus the current World Champion.

Thousands of football fans from Hagen and the surrounding cities want to watch the forthcoming European Championships in 2016 – LIVE. And which location could be better to watch soccer matches than a location in the middle of the city? The Springe Platz in the city centre of Hagen is the perfect location for such an event and will become the “Fanmeile Hagen” (Fan Fest and Watch Party Hagen) during this time.

The location will offer visitors the opportunity to experience the European Championships LIVE – in a place full of emotions. As patron, Hagen’s Lord Mayor Erik O. Schulz is already looking forward to this extraordinary event.

Dennis Kessmeyer, managing director of Kessmeyer Consults, who will organise this event, is also happy about the location in the city centre. He however emphasises that such a huge event can only be realised in close cooperation with the HAGENagentur and with the aid of sponsors. In the next days and weeks there will be talks with potential sponsors and partners, who will receive detailed information about the project.

A huge opening party with famous stars is planned for the first game of the German National team in the European Championships 2016.

The website for this event www.fanmeile-hagen.de is already under construction.